Britain, Too, Is Coming Apart

This article was first published by The Institute for Family Studies 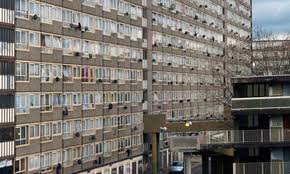 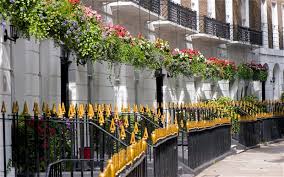 “Our nation is coming apart at the seams—not ethnic seams, but the seams of class.” So says Charles Murray in his already famous study of 2012. The nation in question is of course America, white America to be more precise. The thesis of Coming Apart is that for decades, policymakers, social commentators, and academics have been preoccupied with race and ethnicity. There’s nothing wrong with that per se, except that it led them to overlook major changes in white America over the last fifty years. What changes? Well, at the top, the elite have segmented themselves from the rest of the population like never before, while at the bottom, civic engagement and marriage have imploded. Above all it is the unprecedented “degree of separation” between these two classes Murray zeroes in on.

Most books like Coming Apart are guilty of overreach. The argument is too sweeping. Authors will apply their organizing analysis to settings and situations that the evidence simply doesn’t support. It’s interesting, then—given how strong Murray’s thesis is—that Coming Apart is guilty of the opposite mistake. For Murray unjustifiably restricts his argument to America when in fact we in the UK are seeing some of the same ominous trends.

Start with geographical separation. Much is made in Coming Apart of “A New Kind of Segregation,” new because it is not state-imposed but market-driven. The elite have flocked to “super-zips” where they are unlikely to encounter the poorest. Well, in the UK, too, the middle class’s flight to suburbia, combined with the rise of vast council estates (projects) in the inner city, has led to a situation where, increasingly, never the twain shall meet. The Royal Institute of Chartered Surveyors has argued that “there are indications that the upper and lower ends of our society are diverging further than ever before.”

For the wealthiest, the poorest are increasingly out of sight and out of mind.

One of the leading commentators on this issue in Britain, Ferdinand Mount, was a member of Margaret Thatcher’s policy unit before coming, interestingly, to criticize elements of her legacy. In Mind The Gap: The New Class Divide in Britain, he makes the observation that in the past the classes tended to live side by side. This co-existence may not always have been happy but, as he says, “at least the lower classes still dwelled in the cottages between the vicarage and the manor house.” Today, by contrast, for the wealthiest, the poorest are increasingly out of sight and out of mind.

With other opportunities for contact greatly diminished—in the army, for example, or in the church—today, as Mount again observes, all too often the poor meet the middle classes only in the guise of a professional coming to help them: doctor, social worker, judge.

Or take public policy and race. Britain’s history of race relations is of course very different from America’s. To our shame, slavery was something we exported, to the Caribbean and America; we never had a significant African slave population within our own shores. Yet despite the differences, ethnic minorities that immigrated to the UK post-World War II have faced prejudice and exclusion. In the 1990s the brutal racially motivated murder of a black 18-year-old in London, Stephen Lawrence, forced these issues into the public consciousness. And when a subsequent inquiry found the police to be “institutionally racist,” the Labour government in office turned its sights not just on reforming the criminal justice system but on targeting Afro-Caribbean achievement more generally. Narrowing the achievement gap in education became an urgent priority.

While progress was made with minorities, under the radar, as it were, the white working class lagged further and further behind the rest of society. In England today a staggering three quarters of poor white boys fail at school. “Failure,” to be more specific, is typically calculated by pupils not managing to secure five A to C grade GCSEs (public exams every student must take at the age of 16).1 According to the government’s most recent figures, last summer only 28% of white boys from deprived backgrounds2 achieved these grades. That contrasts with a national passing rate of 60%—a huge achievement gap, and one which has widened since 2008-09.3 It’s also a long way from the educational achievement of black boys from deprived backgrounds (43 per cent).

These statistics have come as a wake-up call. Reinforcing the picture are figures showing that applications to university have dropped drastically among white working-class boys—a “shocking waste of talent,” according to Universities minister David Willetts, who has recently called for poor white boys to be targeted in the same way as other disadvantaged groups in university applications.

But it’s not just that, as in America, our upper and lower classes are coming apart. What we are also seeing is working-class life “coming apart”—the second meaning of Murray’s title. “Over the last half century, marriage has become the fault line dividing American classes,” Murray contends. Marriage has increasingly become the preserve of those higher up the income scale, while cohabitation—with its associated higher rates of family breakdown—is disproportionately found among the lower socio-economic classes.

Almost half of pre-kindergarten kids from low-income households in the UK do not live with both birth parents.

Well, exactly the same holds true in twenty-first century Britain. Figures released by the British Government last year revealed that almost half of pre-kindergarten kids from low-income households do not live with both birth parents, compared to one in six from better-off households.4 Driving the soaring levels of family breakdown is not a rise in divorce but a rise in cohabitation. Astonishingly, since 1996 the number of people cohabiting in Britain has doubled, and evidence shows that cohabiting parents are three times more likely to separate by the time a child is five than married couples.

Last year the Centre for Social Justice, the think tank which has done the most in British politics to make marriage a social justice issue, published a blistering report, Fractured Families: Why stability matters. Delving into the data, researchers found that some of the UK’s poorest communities—many neighborhoods in and around Liverpool, for example—also registered the highest levels of father absence.

America, then, is not the exception Charles Murray imagines it to be. Your problems are our problems, though I wish it were otherwise. Pressing, deep-rooted challenges confront both our nations: bringing together classes that have come apart and working to repair institutions that have ruptured among the poorest. And who knows? Perhaps we can learn from each other as we try to put things back together again.