Charlottesville: a town haunted by the far right 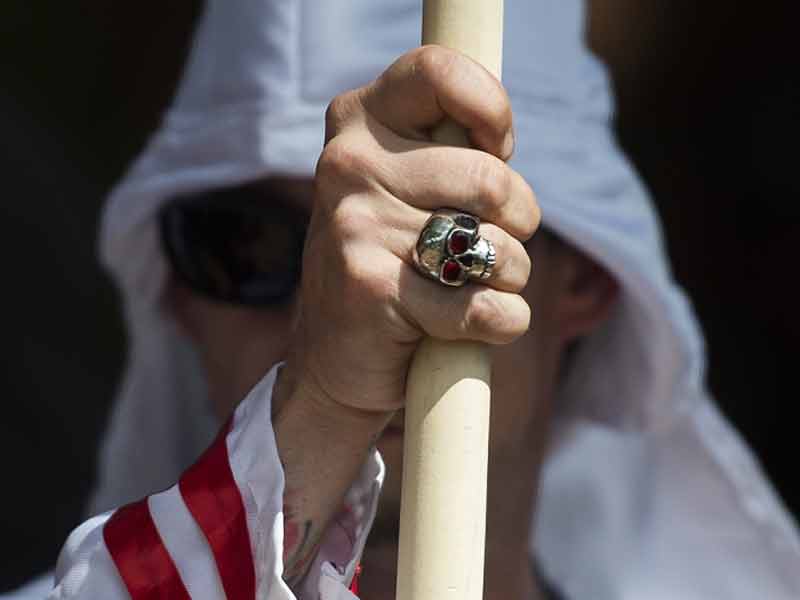 On 12 August, a car ploughed down pedestrians in the street where I used to buy my pecan pies. I had recently returned to London from Charlottesville, Virginia – the scene of what appears to have been an act of white supremacist terrorism – having worked and taught at the university there for four years. While I unpacked boxes of books, the streets I knew so well were full of hate and fire.

The horror began on the evening of Friday 11 August, when thugs with torches marched across the “Lawn”. Running through the heart of the university, this is where, each Halloween, children don ghoulish costumes and trick-or-treat delighted and generous fourth-year undergraduates.

But there were true monsters there that night. They took their stand on the steps of the neoclassical Rotunda – the site of graduation – to face down a congregation about to spill out of St Paul’s Episcopal opposite.

Then, on Saturday morning, a teeming mass of different groups gathered in Emancipation Park (formerly Lee Park), where my toddler ran through splash pads in the summer.

We knew it was coming. Some of the groups were at previous events in Charlottesville’s “summer of hate”. Ever since a permit was granted for the “Unite the Right” march, we feared that this would be a tipping point. I am unsure whether I should have been there, or whether I was wise to stay away.

The truth is that this had nothing to do with Charlottesville – and everything to do with it. From one perspective, our small, sleepy university town near the Blue Ridge Mountains was the victim of a showdown between out-of-towners. The fighting was largely not between local neo-Nazis and African Americans, or their white neighbours, for that matter. It was between neo-Nazis from far afield – James Alex Fields, Jr, accused of being the driver of the lethal Dodge Challenger, was born in Kentucky and lives in Ohio – and outside groups such as “Antifa” (anti-fascist). It was a foreign culture that was foisted upon the city.

Charlottesville is to the American east coast what Berkeley is to the west: a bastion of liberalism and political correctness, supportive of the kind of social change that the alt-right despises. Just off camera in the national newsfeeds was a banner hung from the public  library at the entrance of Emancipation Park, reading: “Proud of diversity”.

I heard more snippets of information as events unfolded. The counter-protesters began the day by drawing on the strength of the black church. A 6am prayer meeting at our local church, First Baptist on Main (the only church in Charlottesville where all races worshipped together before the Civil War), set the tone for the non-violent opposition.

The preacher told the congregation: “We can’t hate these brothers. They have a twisted ideology and they are deeply mistaken in their claim to follow Christ, but they are still our brothers.” Then he introduced the hymns. “The resistance of black people to oppression has only been kept alive through music.”

The congregation exited on to Main Street, opposite my old butcher JM Stock Provisions, and walked down to the statue of Meriwether Lewis and William Clark – the early 19th-century Bear Grylls types who explored the west. They went past Feast! – the delicacy market where we used to spend our Saturday mornings – and on to the dreamy downtown mall where my wife and I strolled on summer evenings and ate southern-fried chicken at the Whiskey Jar.

The permit for the “protest” was noon to 5pm but violence erupted earlier. Between 10.30am and 12pm, the white supremacists, protected by a paramilitary guard, attacked their opponents. As the skirmishes intensified, police were forced to encircle the clashing groups and created, in effect, a bizarre zone of “acceptable” violence. Until the governor declared a state of emergency, grown men threw bottles of piss at each other.

At noon, the crowd was dispersed and the protesters spilled out into the side streets. This was when the riot climaxed with the horrific death of the 32-year-old Heather Heyer. Throughout Saturday afternoon and evening, the far-right groups marauded the suburbs while residents locked their doors and closed their blinds.

I sat in London late into the night as information and prayer requests trickled through. “There are roughly 1,000 Nazis/KKK/alt-right/southern nationalists still around – in a city of 50,000 residents. If you’re the praying type, keep it up.”

No one in Charlottesville is in any doubt as to how this atrocity became possible. Donald Trump has brought these sects to group consciousness. They have risen above their infighting to articulate a common ground, transcending the bickering that mercifully held them back in the past.

In the immediate aftermath, there is clarity as well as fury. My colleague Charles Mathewes, a theologian and historian, remarked: “I still cannot believe we have to fight Nazis – real, actual, swastika-flag-waving, be-uniformed, gun-toting Nazis, along with armed, explicit racists, white supremacists and KKK members. I mean, was the 20th century simply forgotten?”

There is also a sense of foreboding, because the overwhelming feeling with which the enemy left was not triumph but bitterness. Their permit had been to protest from noon to 5pm. They terrorised a town with their chants of “Blood and soil!” but their free speech was apparently not heard. Their safe space, they claim, was not protected.

The next day, the organiser of the march, Jason Kessler, held a press conference to air his grievances. The fear is that the indignant white supremacists will be back in greater force to press their rights.

If that happens, there is one certainty. At one point during the dawn service at First Baptist, a black woman took the stand. “Our people have been oppressed for 400 years,” she said. “What we have learned is that the only weapon which wins the war is love.”