First published in The Hedgehog Review on 2nd June 2015 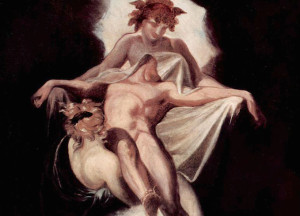 As if there weren’t enough mighty causes, age-defining campaigns, momentous movements coming to a head last week. As if the public square were not already deafened by the cacophony of acrimony, war cries, whoops of delight. As if health care, gun control, and gay marriage were a light load for the news cycles, yet another issue strode into the limelight, an issue the importance of which it is impossible to overstate.

At the end of that crowded week, The Economist took its stand on euthanasia. Its front page pictured a snuffed candle. “The right to die—Why assisted suicide should be legal,” the headline read. Just a few days before, The New Yorker had run a devastating in-depth “Letter From Belgium,” which reported on the escalating number of cases of assisted suicide for people with non-terminal illnesses in that Benelux bastion of social liberalism.

What has prompted the sudden prominence of the issue?

Sheer momentum, claimed The Economist: “Campaigns to let doctors help the suffering and terminally ill to die are gathering momentum across the West.” Currently only four U.S. states exempt doctors from prosecution if they administer life-ending drugs to terminally ill patients (Oregon, Montana, Washington and Vermont). But last year a twenty-nine-year-old Californian, Brittany Maynard, moved to Oregon to die. She became the new face of the pro-euthanasia movement when she videoed an appeal to California’s lawmakers to legalize assisted dying. Since Maynard, bills and cases have been proposed in twenty new American states. Wider afield, legislation is being proposed in Canada, Germany, and South Africa. In the United Kingdom, Parliament will debate the issue once again in September. Add to that the fact that the number of euthanasia deaths in the Netherlands has doubled in the past five years, and increased by more than a hundred and fifty per cent in Belgium, and it’s amply clear that changes are afoot.

For the editors of The Economist, euthanasia is “an idea whose time has come.” And their case is made in such a way that anyone who dares to disagree with the authoritative anonymity of the magazine’s pronouncements is clearly on the wrong side of history. Arguments against are neutralized by being depicted as simply old-fashioned. Euthanasia remains illegal around most of the globe for reasons that The Economist declares are already antiquated. The editors summon us, in the words of Matthew Arnold, to stop and hear the “melancholy, long, withdrawing roar” of the tide of opposition as it goes out over the “naked shingles of the world.”

The fatuously self-assured British publication projects itself as the unerring voice of common sense. It brims with briefings for busy businessmen, its prose pithy and pragmatic. It tells you what you need to know and not a jot more. But if it pretends to be above the fray, be not mistaken: This libertarian weekly is as ideologically loaded as The Daily Worker.

The New Yorker, by contrast, and perhaps surprisingly, is far more critical, far more cautious. Reporter Rachel Aviv has clearly spent enough time in Belgium to understand the issues surrounding euthanasia, and to detect what is driving the escalating number of assisted suicides. She familiarized herself with cases, got to know family members left behind, and interviewed the major players in both policy and the medical profession—people such as Wim Distelmans, the government-backed advocate for and practitioner of euthanasia, who supports the practice not only for the terminally-ill but also for men, women, and children who are depressed, bipolar, anorexic, or just plain lonely. Aviv’s research is expansive and humane. It takes the time that is needed to tell the real stories of real people, the kind of time The Economist never has.

One story is that of Godelieva De Troyer. Following estrangement from her son and daughter, and then a break-up with the partner she had met in her fifties, Godelieva suffered a major bout of clinical depression in 2010. Two years later, her son received a letter. It was from his mother, written in the past tense. Her lethal injection, she related, had been carried out the day before at the hospital of the Free University of Brussels.

Tom was flabbergasted that a doctor would do this without first speaking to the patient’s family, even if they had been estranged. He angrily accused the friends who had driven Godelieva to the hospital of aiding and abetting a suicide. And then he toured his mother’s house. Photograph frames of family members hung on the walls. Drafts of letters to friends sat in desk-drawers. “I have nothing to look forward,” the letters read. “I will not see my grandchildren grow up and that causes me pain.”

The Economist boldly denies the second slope. “Evidence from places that have allowed assisted dying suggests that there is no slippery slope towards widespread [emphasis added] euthanasia.” The New Yorker exposes this lie. Since Belgium legalized euthanasia in 2002, the all-important “incurable illness” box that has to be ticked before a lethal injection is administered has proven increasingly elastic. Now, it covers not only, for example, Godelieva’s depression but also, more recently, a transgender person desperately disappointed with his sex change.

The Economist even manages to slide down that slope in the course of its own 1,200 word leader. By the end, the editors complain that “Oregon’s law covers only conditions that are terminal. That is too rigid…doctor-assisted dying on grounds of mental suffering should [also] be allowed.”

The specter of such a development is horrifying. In a world that has seen amazing progress in so many areas of social life, euthanasia would be a huge step backwards. Why? Because in an increasingly ageist culture, many older people perceive themselves to be a burden. They might not say so. They definitely haven’t been sat down and told so. But their sense of superannuation is a societal norm that has been, in the way Michel Foucault demonstrated over and over again, thoroughly internalized. Is it not more than imaginable that this sense of being a burden will lead, in many sad and tragic cases, to euthanasia?