Family is key to breaking the reoffending cycle 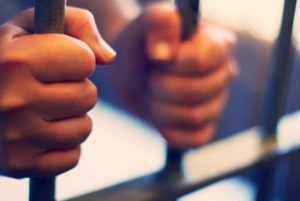 Lord Farmer’s Review on prison reform, launched this week at the Centre for Social Justice think tank, is ground-breaking for a number of reasons. For starters, it gets family. In an incontestably broad consultation, comprising hundreds and hundreds of interviews with prisoners across Britain, the resounding message that came back was about family. ‘If I don’t see my family I will lose them, if I lose them what have I got left?’, one prisoner told Lord Farmer. The statistics bear this out: the odds of reoffending are 39 per cent lower for prisoners who receive family visits than for those who don’t. To be left bereft by the family sucks away the motivation so critical to rehabilitation.

As for the families themselves, Lord Farmer highlights the hidden sentence served by the estimated 200,000 children affected by imprisonment. Against the backdrop of shocking levels of family breakdown among the poorest, imprisonment presents yet another form of it, with the absence of a typically male parent putting children at risk. ‘The one thing I fear most is my son moving into the kind of life I have led’, a prisoner reported, and he is right to fear it: 63 per cent of prisoners’ sons going on to reoffend.

The Review may have been commissioned by the Government, but Lord Farmer doesn’t pull his punches. Efforts to maintain and strengthen family relationships is ‘unacceptably inconsistent’ across the estate. Family work is not mainstream in offender management like employment and education are. While on the biggest single complaint he heard, the tragedy of prisoners being held far from their families, Farmer concludes: ‘There is still little respect for family ties when prisoner locations are determined.’ Good on the government for commissioning the report; and good on Lord Farmer for delivering a no-holds barred diagnosis.

If the diagnosis is hard-hitting, what about the ‘what is to be done?’. Instead of a litany of recommendations of impact assessments along with anodyne calls for more research and greater awareness, Lord Farmer comes through with some real ideas. Here are two of them:

First, family visitor centres, not to be confused with tours of Alcatraz, must be up there at the top of governors’ agendas. This sounds soft; it isn’t. Hilary Askin is a visitors’ centre manager for Nepacs at HMP Holme House in Stockton-on-Tees. ‘Some people are in absolute shock’, she told me regarding first-time family visitors; ‘they feel people will view them as the people in prison.’ Some are overwhelmed by the necessity of having to take on both roles within the home. Others are overwhelmed, the men who took care of traditional jobs now out of the picture. Others have trekked hundreds – or even thousands – of miles (including Ireland, Italy, India) arriving exhausted and apprehensive.

Centres mean the first port of call is not the bureaucratic state but a place staffed by people: Nepacs’ staff and volunteers are ready and waiting at the beginning and end of the process. They meet families of prisoners in court immediately after sentencing; then, at the end of the sentence, work directly with prisoners and their families to prepare for return to a world that has changed in their absence. Just as importantly, centres find out things through family members which prisoners might not declare – drugs and mental health being the big ones – reaching people before the situation could get worse.’

Next, Lord Farmer controversially urges the government to overhaul the existing incentive scheme. At present, extended family visits are linked to prisoner status. Essentially, if you want to see more of your family you have to have the ‘enhanced status’; if you’re disruptive, you lose those privileges and are put onto a basic regime. Lord Farmer dissents from received wisdom and boldly recommends severing the tie between linking family visits to behaviour. Not only is it unfair on children; prisoners who play up could benefit from more family contact. All prisoners should be able to look forward to seeing their partners and children for the same amount of time.

In his wonderful book, A Common Humanity, Australian philosopher Raymond Gaita argues that:

‘One of the quickest ways to make prisoners morally invisible to their prison officers is to deny them visits from their loved ones, thereby ensuring the prison officers never see them through the eyes of those who love them.’

This is no blanket criticism of prison officers. It simply points to how extended visits for the most disruptive prisoners holds out the most hope of transforming the conditions of a prison, and thereby initiating a virtuous circle emanating out towards rehabilitation.

If scrapping an incentive scheme is thus seen as a rehabilitation measure, the Right will of course instinctively reject it as being soft on crime. Which shows why Lord Farmer’s review is not merely something government is to wrestle with. It’s also up to us to radically question our own premises. For only by strengthening and even rebuilding the family when someone is in prison will society be safer when he is out.