How I screwed up in Hollywood (and how not to)

First published in The Spectator, 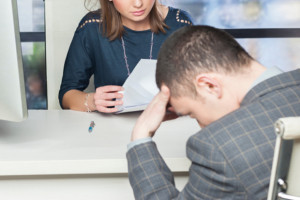 I took a trip to Hollywood because I’m a budding screenwriter. ‘Budding’ in this context means ‘unsuccessful’. Here’s Tennessee Williams on being an unsuccessful writer: ‘A life of clawing and scratching along a sheer surface and holding on tight with raw fingers to every inch of rock higher than the one caught hold of before.’

The meeting I clawed along to was at Rough Draft. This is how I got there: it started with pure nepotism. My dad knows a guy who has generous instincts and loves encouraging young people in their careers. He took me to lunch at Scott’s, where we happened to sit at a table along from a famous producer who’s made most of my favourite films. When he came over to say hi to my dad’s friend, I knew I had 30 seconds to pitch my script.

‘It’s about kidnapping on the Texan border,’ I blurt out, ‘and abortion and it’s got a massive twist which no one will see coming…’ I peter out. ‘Sounds cheery,’ he replies, I suspect ironically.

(Background: I’d been working on this script for nearly a decade. I went to live on the Rio Grande for a while so I could kinda method-write. Truth be told, the script was pretty shit, but I didn’t know that yet. At that point I thought it was a shoo-in for Best Original Screenplay.)

Back to Scott’s: ‘Do we know about you?’ he asks. ‘Not yet,’ I said, flushed with excitement. And he said ‘You must come in’. So I went in. They said next time I was in LA I must visit their sister office. So I saved up and flew out to LA for a meeting. Top floor of Rough Draft’s LA office, ‘off Wilshire’, is dead-tech and faux industrial — exposed piping, no effort to disguise the concrete, etc. Interns and creative execs alike wear the Converse-lumberjack combo. I’m ushered into the radically beautiful Samantha’s office (with long hair falling down to a slender waist, it is Samantha who is radically beautiful; her office is quite boxy). And in truth, she is very gracious. She’s having to deal with a GMO (ghastly moral obligation) passed down from the London boss — but betrays zero annoyance.

Samantha: So great to meet you. How come you’re in LA?

‘To meet you!’ Except I can’t say that, of course. That I’ve flown 5,454 miles for this. It’d be super-lame, very uncool, creepy even. So I have to dive into the deceit of…

Meetings. Plural. Like, more than one meeting. But shit! What if she makes me list them? I’d have to reach for the studios: Fox Spotlight, Preeminent, MRI, Global, Dreampipes. Worse, what if she makes me write them down, like Richard Burton’s brilliant double-bluff in Where Eagles Dare; then checks them against the schedules of her counterparts?

Samantha: Tell me about yourself.

Me: Well, I’ve written this script.

Samantha: I know. I’ve read it. You didn’t think I wouldn’t have done my preparation?

I suddenly decide that Samantha is being a little bit flirtatious. The red devil on my right shoulder tells me she’s only human; the angel on my left shoulder provokes me into the usual routine: whip out the iPhone; then awkwardly, abruptly thrust forward its screensaver of me-and-my-gorgeous-wife-Holly-on-holiday.

Me(brutish): Me married. She wife.

Me (compelling): OK, so this one, it’s a cross between Gladiator and The Mission. It’s about St Teresa of Avila.

And this does not seem like an epiphany ‘Eureka! You genius, why didn’t I think of this myself?’ kind of fucking hell.

It’s at this point she stops me in my tracks and tells me the truth. Samantha spells out how I got the meeting: that I wouldn’t be sitting opposite her now unless I had known someone; how we’ve done the whole show-off-pictures-of-your-wife thing; and that Rough Draft don’t really do religious movies. Though other people do.

Samantha (brightly): I mean, like, for example, Jesus is really big right now.

I remind myself to tell Him when we next speak — he’ll be delighted. Then she gives me a final word of advice.

Samantha: Oh, and next time you pitch this, don’t mention The Mission. Lost a lot of money.