In a culture that abuses its elders, this assisted dying bill would be a disaster 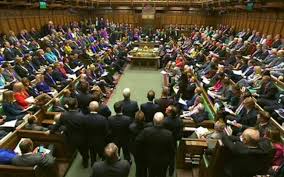 The most tragic repercussion of ageism is older people seeing themselves as a burden: a burden on their family, a burden on society, a burden on the communities they have forged or the institutions they built. In an ageist society, older people have arrived at a sense that they are a drain on resources, on family coffers, on the wealth of the state they paid into throughout their working lives.

This was the incidental but perhaps key finding of a 2011 review I led into the problems facing older age groups.

When I plunged into this research project for the Centre for Social Justice thinktank, older-age advocates came forward to highlight the big picture. As a society, they pointed out, why are we not unequivocally celebrating the miracle of longevity? Why instead does the media depict the increase in life expectancy pejoratively, using terms such as “demographic timebomb”? On top of that, for the past decade public attention has been captured by the debate about how to fund social care. The upshot is that the message broadcast loud and clear to older people is that they are a burden to be borne rather than, as in many traditional societies, a source of wisdom to be sustained at all costs.

Next we did the primary research. And when we toured the country; when we delved into the current state of housing for pensioners; when we investigated patchy rural transport, digital exclusion, fuel poverty; when we visited dozens and dozens of care home, hospitals, hospices – what surfaced again and again, even though it was not the thing we had set out to find, was the phenomenon of older people seeing themselves as burdens.

The attitude to capital was distinctive. The cultural expectation that older people should pass on their housing wealth untouched to the next generation is even more hardwired in the minds of the former than the latter. That expectation is arguably anachronistic (preserving your capital was easier to do when you didn’t live as long). But you can see why the strong aversion to using your equity to pay for care inculcates a sense that eventually you’re rattling around in your kids’ inheritance. It’s not long before you begin to feel a drain on resources.

Another worrying trend that emerged was the increasing isolation of (unpaid) carers – say, the 72-year-old woman caring for her 77-year-old husband who’s just had a stroke. With extended family often not around, he becomes totally dependent on her. A hospital occupational therapist told us of a case where a carer collapsed. Because there was no one to look after the husband, the ambulance crew was forced to admit him to hospital as well, even though at that point in time he didn’t need medical treatment. When there’s no one else in the picture, you can see how people come to think of themselves as burdens on their spouses.

Then there are care homes. “The outside world never comes in here,” one 99-year-old man told me at a north London home. Care home managers report that visits from family members typically decline after admission. And care homes are places many GPs fear to tread. As one told me, they are “clinical icebergs”. So again you can see why the oldest old, suffering co-morbidity, and most susceptible to terminal illness, may mistake themselves for burdens.

And it is in this cultural context that parliament is being asked to introduce assisted dying. It would be a disastrous mistake.

Like any “liberal” euthanasia bill, the Labour MP Rob Marris’s assisted dying bill, to be debated in parliament on Friday, hinges on consent. The bill stipulates that, before signing off on a lethal injection, a doctor must be convinced that the person’s decision to end their life “has been reached voluntarily, on an informed basis and without coercion or duress”.

But what if an older person who is terminally ill has come to internalise a sense that they are a burden? Do you think a doctor is going to be able to identify that? Do you think it’s going to be clear whether or not a person is being actively coerced at that moment in time? Of course it’s not.

Do you think the son watching aghast at the inheritance being exhausted on nursing home fees is in the doctor’s office with a gun to his father’s head? Of course he isn’t. But that doesn’t mean that what’s going on is not, in fact, deeply coercive.

If you don’t think that opening the door to euthanasia, even just in the limited cases of terminal illness, is opening the door to abuse then just read Action on Elder Abuse’s prevalence study, and know that in eight out of 10 cases abuse is perpetrated by someone close to the victim.

Imagine the future. Hypothesise. If assisted dying is legalised on Friday there will be some who choose of their own volition to die sooner. But there will be others who are hastened towards their deaths because they have come to see themselves as a burden. And since you’re not going to be able to tell which is which, it is for the sake of the latter that a civilised society must say no.