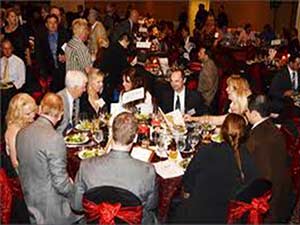 I want to begin this post with a confession. I’ve been starting to suspect that my ‘letters from America’ might constitute a serious case of bad faith. To proffer even the gentlest mockery of a country which has found it in its heart to host me for a time: ‘Ingratitude, thou marble-hearted fiend!’ Am I like the pacifist professor who lectures on the evil of armed forces all the while presupposing a peace and quiet made possible by the presence of soldiers on his nation’s borders? As Jack Nicholson puts it in A Few Good Men: “Deep down in places you don’t talk about at parties… you need me on that wall!”

What has highlighted my hypocrisy has been my recent research into The Frankfurt School, the famous group of lefties who developed Critical Theory mid-twentieth century. Theodore Adorno, Max Horkheimer, Herbert Marcuse – all German intellectuals who, upon Hitler’s rise to power, upped sticks and moved to the U.S. Whereupon they promptly proceeded to lambast America for its despicable capitalism, crass ‘culture industry’ and so forth. And when the war ended, whilst Adorno and Horkheimer returned home, Marcuse stayed, going on to become the doyen of Berkeley’s student radicals in ‘68. Now, riveting as their sociological studies are, surely there was something inauthentic about how hysterically the trio attacked the country that granted them asylum?

So now that’s out the way, let me get back to assailing my hosts…

There’s been some terrible mistake. My wife and I have been invited to a charity fundraiser by some very kind people who don’t know we’re stone-broke. And loathe as I am to turn down a free dinner in D.C., and interested as I am in the particular charity, I resolve instead to effect the air of the endowed for as long as possible. I must look, talk, smell rich.

After a four-hour drive, due to D.C. traffic, we arrive late at the venue, a huge hotel. We rush down long, bright, carpeted hallways, directed at every turn by the charity’s inexhaustible supply of gorgeous young interns. We dive into a cavernous cloakroom, duly rinsed for what might otherwise have been our donation. Finally, we reach the great ballroom, among other things the site of FDR’s inauguration ball. The floor is absolutely rammed: hundreds of beautiful tables, thousands of beautiful people. I suck in my tummy as we squeeze our way through the interstices while an ageing Christian band botches ‘In the Bleak Midwinter’.

Quickly introduced to our delightful hosts, friends of friends, we take our seats as the starter (“appetizer”) is served. It’s some kind of amazing salad with goat’s cheese on a caramel (“carmel”) brittle – the amount of sugar the yanks put in their food is extraordinary, and wonderful. As we tuck in I’m anxious not to let my hosts see me eyeing up the spare starter at the absent place next to me. (Rich ≠ underfed!) Can I swap my plate surreptitiously?

A kerfuffle on the PA signals the start of the event proper. We swivel our chairs round to face the stage. A woman, fantastic teeth, slightly older, clearly the charity’s Comms person is at the podium.

Now, again, the reason I’ve come is to learn more about what I’ve been told is a phenomenal charity with extraordinary global reach. Which is what makes what follows so bizarre. Because instead of getting a chance to become acquainted with the charity’s international operations, we are offered instead a long exposition about how much the charity’s CEO can bench press. Banging on about biceps: a public audience for a private joke? Or maybe there’s more to it? I sit back and try to scrutinize why they’ve gone in for this cult-of-the-leader stuff. Does the physical strength of a charity CEO play a part in donor psychology? While I try to deduce their fundraising strategy up pops a congratulatory video-message from the president of another charity, the camera quickly panning out to reveal this chap simultaneously doing reps on dumbbells. La blague! Back to the Comms lady as we transition from the CEO’s vital stats to his college resume, while behind her pictures appear on a large screen of said leader receiving accolades from a Secretary of State. Heroes you can believe in!

Looking across the table over my delicious flaky seabass, behind the bottles of wine, I suddenly see the wretched of the earth staring back at me. A piece of card standing on the centre of the table, bearing the image of an impoverished Indian woman who must be one of the charity’s beneficiaries. The grossness of this juxtaposition – and this is in no way a criticism of the charity, who are merely making present their work on the ground – doesn’t shock me like it should. Which shocks me. You’ve heard of charity or compassion “fatigue”, the syndrome whereby you become desensitised to images of suffering on your television screen. Well, I fear I’m becoming desensitised to the discomfort of this sharp contrast: pictures of the poor poking out behind the Pinot Grigio. Suffering and superfluity. Need and excess. Constraint and freedom.

Now the moment we’ve all been waiting for: our beloved Ironman takes the stand. By this point I’m half expecting a couple of the gorgeous interns to set up a board of balsa wood for him to break with his bare hands. Or that he’ll just get down on the stage and smash out a hundred press-ups. Thankfully he does neither. Instead, finally, we’re going to hear about the work of the charity.

I can’t tell whether the opening to his speech is very clever or cravenly conformist. I can see how the heady American exceptionalism of “Here we are in a city where so many great movements have been launched” might be an effective a way of wooing this D.C. audience. But as he cites The Declaration of Independence, abolition of slavery and (fifty years after the march on Washington) civil rights, I have to work hard to banish the counterexamples from my mind. Here in this city, were not other orders issued? Truman’s to drop a bomb; Johnson’s to escalate a war.

Overall, though, the speech is impassioned and impressive, moving from the general to the particular, from quotation to illustration, and from grounds for horror to reasons for hope. “Send us”, he implores in conclusion. I glance round the room, gazing at the young multiracial crowd crammed round their circles, munching on their iced gingerbread. Dickens, doubtless, would jump to Mrs Jellyby, his Londoner in Bleak House who is so absorbed by African mission she overlooks the crossing sweeper on her doorstep. But again I attempt to arrest my cynicism. Just because these folks might supporting this charity doesn’t mean they don’t also care about D.C.’s deprivation. Yet while philanthropy needn’t be a zero-sum game, there is this weird, perhaps unavoidable vicarious aspect to even the most effective international charities. That somehow we live through their staff; that they are our gladiators around the globe.

The pitch delivered, there is now a shuffle as guests reach for the giving envelopes in their programmes. Knowing any cheque of mine will surely will bounce, I attempt desperate diversionary tactics with our hosts, seeming to get away it.

Finally, to end the evening, a seven-foot NFL quarterback takes the stage, stooping to the mic to announce the winner of the raffle. The prize? Front row seats to the Washington Redskins against the Dallas Cowboys. As he reads out the name there’s a whoop of delight from the table next to us. I look across but I think the victorious woman has passed out with excitement.