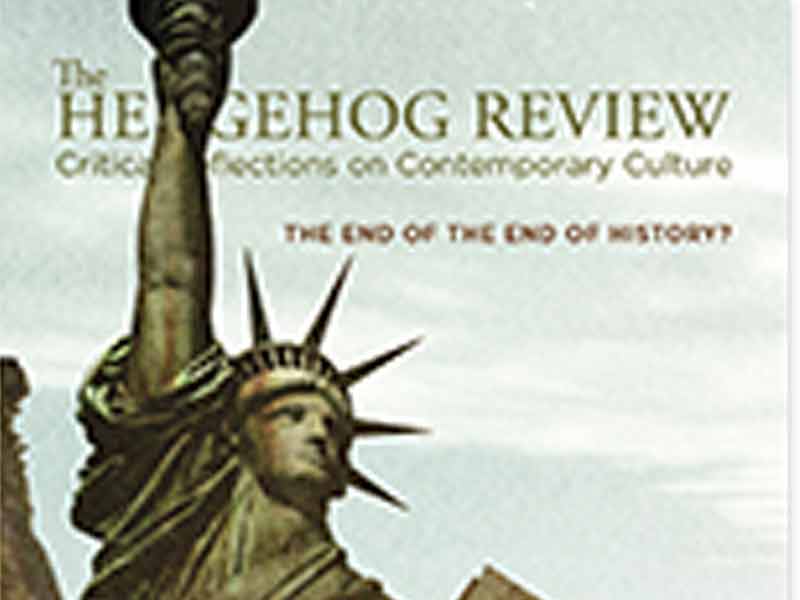 Ready, aim, fire, kill. A single shot was all it took. Every morning of his adult life, Gail Gerlach, a fifty-six-year-old plumber from Spokane, Washington, would strap on the holster of his 9mm handgun before going to work. But on March 25, 2013, he wouldn’t just carry the gun; he would use it.

Brendon Kaluza-Graham was a twenty-seven-year-old convicted car thief. He must have thought this would be an easy one. Gerlach had left his vehicle idling in his driveway—a 1997 Chevrolet Suburban jammed full of his tools and supplies. All Kaluza-Graham had to do was jump in, slam the door, and take off. The rush, the thrill of it all. As he drove off, he probably thought he’d got away with it until…crack…a bullet shot from at least forty yards away pierced the rear window and struck him in the back of the head. Killed instantly, he slumped over the wheel. The vehicle lurched on for two blocks before finally careering into a garage.

In court, Gerlach pleaded self-defense to a manslaughter charge. Even though Kaluza-Graham was driving away from Gerlach, he claimed to have been “in imminent danger of substantial bodily injury to himself.” Eventually, the jury found Gerlach innocent (and subsequently reimbursed more than $220,000 for legal bills and expert witnesses), but not all were celebrating the outcome. “He had hopes and dreams,” said Ann Kaluza, Kaluza-Graham’s grandmother, but “was made into a poster boy for the angst of the community, a sacrificial lamb. That’s not right.” Another friend of the dead man’s family gave his interpretation: “I’m worried that the community hears it’s OK to shoot someone. His perceived threat was reality. They said that was good enough to shoot someone.”

Gail Gerlach is not only an outspoken gun advocate but also a passionate antiabortion activist. As an avowed Reagan conservative, he cannot fathom how a society that prohibits prostitution, class A drugs, even driving without a seatbelt, can tolerate the killing of an unborn child. He belongs to the lobbying group Pro Life Rocks. In one Internet post, he gave passionate expression to his views: “It is a human right to have life, and no one’s right to take it away at any stage.… No one would be safe if we can not [sic] protect the right to life.”

Clearly, Gerlach’s views about the inviolability of human life did not apply to Brendon Kaluza-Graham. Little more than a kid, didn’t he have limitless potential? What right did Gerlach have to take it away?

Such contradictions are not unusual in America, or in the West more generally, where political identities—whether of the left or right—increasingly determine our moral decision-making. And despite populist uprisings against the establishment, those political binaries have not really been broken. The election of Donald J. Trump has done little to shake up “us versus them” thinking at all. Partisan rancor remains at record levels, paralyzing Congress. For politicians themselves, political persuasions are more sharply defined and important than ever, while among the electorate the rise of Trump confirms the tribalism so defining of our age. Even if Trump had no clear ideology, most registered Republicans voted for him.

But “political identity” runs deeper than mere party affiliation—indeed, it works at a sociopolitical level in a way that makes left and right the most determinative markers of identity. Polarization on that level grows even stronger than partisan fissuring, and it is in urgent need of remediation.

Why? Because the great curse of our generation is how such polarization is warping the way we think through our deepest moral dilemmas. When it comes to ethics, we find our answers too readily and unthinkingly according to which side of the political spectrum we see ourselves on. Values, convictions, ideals, positions on the most momentous debates of the day, beliefs about what should and shouldn’t be done, all get bundled into liberal and conservative “package deals” which we then buy into.

Say I hold a view about issue x—for example, climate change—and issue y—say, gay rights. Because of the way positions get bundled into package deals that I inherit, I automatically accept a certain stance on issue z—genetic enhancement. Or say I vehemently opposed the invasion of Iraq in 2003, and that predisposes me to a certain position on helping the homeless.

The closer one looks, the more one is struck by the ubiquity of this bundling of ethics into package deals.

Consider the bumper sticker, one of our most familiar badges of identity. Those colorful if often weathered symbols, captions, emblems, and jokes that drivers affix to their rear bumpers and other parts of their automobile’s anatomy attest to far more than partisan affiliations and the onset of the latest election cycle. Alongside our partisan convictions are our environmental, social, or cultural ones, blazing forth our highest ideals and principles for all the passing world to see. We wear our hearts on our trunks.

But what is most revealing about these stickers is the company they keep on each individual car. You pull up at a stoplight. On your right is a car juxtaposing “Liberals Take and Spend. Conservatives Protect and Serve” with “Pro Guns. Pro God. Pro Life.” On your left is a car displaying a rainbow flag alongside “Buy Fresh Buy Local,” “No Nukes,” and “Co-Exist.” Those grouped stances may be ideologically aligned. But are they logically or philosophically consistent? Why should being religious preclude buying fresh, local produce? Why should support for gay marriage commit you to unilateral disarmament?

I began with a contradiction on the right. Now consider one on the left. You might think that the profoundly important debate about legalizing euthanasia falls straightforwardly along lines liberal (for) and conservative (against). Closer inspection reveals core convictions within the liberal package deal that animate completely opposed positions on the issue.

On one hand, the language of autonomy is loudly taken up by institutions clamoring for reform. “Self-determination, autonomy, and dignity offer a basis for decision-making to shape life until the end,” claims a Swiss euthanasia clinic, Dignitas. An American advocacy organization, Compassion and Choices, proclaims people’s “rights to make decisions based on [their] own deeply held values and beliefs, without fear of moral condemnation or political interference.”

The familiarity of these formulations makes us forget that this language has a history. From John Locke’s passionate defense of the individual’s freedom from the arbitrary power of kings to John Stuart Mill’s articulation of deep-seated fears that a person’s self-determination could be compromised by social pressure, liberal individualism has been at the heart of the modern and postmodern projects.

Yet there’s another relevant principle inside the liberal package deal when it comes to euthanasia—a commitment to social justice that often translates into a demand that government act to protect the vulnerable. Clearly, this doesn’t always conflict with respect for autonomy. But sometimes it does.

Take this example from the early twentieth century. As a result of the Industrial Revolution, social-justice liberals identified one group in society as uniquely vulnerable—“the aged poor.” “There is now no place in our working order for old men,” as one magazine put it. An agrarian economy had provided a working order that could accommodate the elderly because labor didn’t require serious physical exertion. Suddenly, there was a surplus of older people who couldn’t function in a machine age. Seniors became a burden to their families and to society in an entirely new and increasingly unmanageable way. Hence the calls of social-justice liberals for government to step in to provide for the elderly and guarantee old-age pensions.

It is a truism to say we live in an ageist society. And perhaps the most tragic repercussion of ageism is older people seeing themselves as a burden: a burden on their family, a burden on society, a burden on the communities they have forged or the institutions they helped build. In an ageist society, older people have arrived at a sense that they are a drain on resources, on family coffers, on the wealth of the state they paid into throughout their working lives.

The concerns of social-justice liberals regarding legal euthanasia were voiced by the late philosopher John Arras, a member of President Obama’s Bioethics Council: “The victims of legalization will be largely hidden from view; they will include the clinically depressed eighty-year-old man who could have lived another year of good quality if only he had been adequately treated, and the fifty-year-old woman who asks for death because her financially stretched HMO cannot, or will not, provide for effective treatment of her mysterious pelvic pain.” Such are the fears of many liberals alert to the subtle workings of power, fears that lead them to oppose euthanasia, a stance that pits them against liberal individualists.

But why should we care about the internal coherence of left or right package-deal ethics? As Ralph Waldo Emerson said, “A foolish consistency is the hobgoblin of little minds.” There’s a deeper concern, too, which the philosopher T.M. Scanlon puts his finger on: “Coherence among our beliefs seems unsatisfying as an account of moral truth or as an account of our moral belief in ethics.” Why? Because taken by itself, a coherent account of our moral beliefs “need not provide us with a philosophical explanation of the subject matter of morality.” The Belgians who colonized the Congo in the late nineteenth century really did believe in the inferiority of the black Africans under their rule, and treated them accordingly. If coherence is no guarantee of goodness, why aim for it?

The danger of inconsistency isn’t just that we think the wrong way, but that we do the wrong thing. The risk to which the clustering of positions exposes us is that we act upon a view we have inherited by default, one that is mistaken and morally unjustified and that violates deeper ethical principles and values. The quest to be independent minded, to free our moral deliberation from the hold of political categories, improves the chances of our getting it right, of “living in truth,” as the great Czech dissident and political leader Václav Havel once put it. It would be great if we could dismiss inconsistency as innocuous. But the stakes could not be higher. 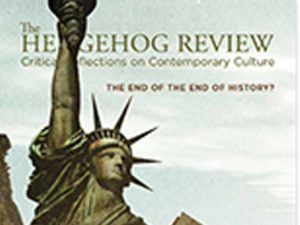