Paul Ryan, the Republicans and a new approach to poverty 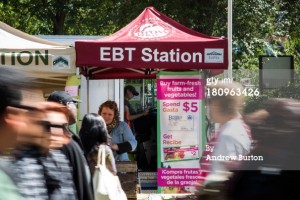 At the end of July Representative Paul Ryan of Wisconsin, more widely known as the 2012 Republican vice-presidential nominee, unveiled a new set of sweeping policy proposals to tackle poverty in America. But in a summer with so many crises around the world and at home—ISIS on the move in Iraq, a jetliner shot out of the sky over strife-torn Ukraine, Israel battling Hamas in Gaza, Ebola spreading through west Africa, and a crisis on the Texas border, to name just few—Americans have had little time to think of matters beyond the horrific headlines.

Cast your mind back to the 2012 presidential campaign. Why did Mitt Romney choose the young congressman from Wisconsin to be his vice-presidential candidate? Because after the enormous federal budget deficits of the Bush presidency,  Ryan was the man with the plan to restore the GOP as the party of fiscal conservatism. “The Roadmap to America’s Future” was what Ryan called the budget that Republicans rallied behind. Romney picked Mr. Austerity in 2012.

It is therefore nothing short of extraordinary that a line on page 14 of Ryan’s report declares “that this is not a budget-cutting exercise—this is a reform proposal.” The report goes on to say that the idea is not to cut existing resources—we’re talking about some $800 billion dollars—but to use them more effectively. Of course, how resolute you are about tackling poverty shouldn’t be measured by how much you spend. But in the context of the career of the House budget committee chairman, either this is an extreme instance of bad faith or something—the vision, the task at hand, even the man himself—has changed.

Recall one more thing about the 2012 presidential campaign, something that might be even more vivid in our collective memory.  Remember when Romney was not just quoted but filmed saying that 47 percent of Americans “who are dependent upon government, who believe they are victims”’? The absolute nadir of those remarks was:  “My job is not to worry about those people [emphasis added]. I’ll never convince them they should take personal responsibility and care for their lives.” Of course, that wasn’t Ryan speaking. But he was the man’s running mate.

As I listened to Ryan set forth his proposals at a low-key think-tank breakfast, the congressman’s singularity of focus and sense of urgency was undeniable. “I don’t have all the answers. Nobody does,” he began, “but we have an obligation to deliver change… and to do that we need to to stop listening to the loudest voices in the room, and start listening to the smartest voices in the room.”

One of the smartest voices in the room was actually in the room. He spoke next. Bob Woodson, a veteran African-American civil rights activist, leads the National Center for Neighborhood Enterprise. Ryan introduced him as “my friend and my mentor.” Their connection runs deep—as a younger man, Ryan worked on the Hill with Bob Woodson, Jr., before he was killed in a car accident in 2003. For the last year and a half, Woodson has taken Ryan on a tour of “some of the most dangerous zip codes in America.” Once a month, they’ve gone to different community organizations in the inner city, each connected to Woodson’s network: rehab centers, homeless shelters, churches, gang-ridden schools.

When I asked Mr. Woodson what he thought was the single greatest influence on Ryan of these largely unpublicized visits, he replied: “They have him given hope that answers do exist. That people can triumph over despair in the worst circumstances.”

One such organization is Emmanuel Baptist Church in Indianapolis. In a city with one of the highest crime rates in the nation, Rev. Dr. Darryl Webster saw directly how many young black men were getting killed. Nine years ago, he started a series of “Come Back Camps” where young men undergo a kind of boot-camp training to get their lives in order. Starting at 5:45 am, mentors coach teenagers and men in their early twenties in key life lessons. “We’re empowering people because of a relationship,” Rev. Webster tells me. Their success rates—equipping young men to withstand the drug culture, helping them find and hold jobs, getting others into college—have been outstanding. Webster’s vision is even more expansive. “Government,” he says, “needs to do a better job at identifying the places that are change-agents, places that are already doing it… Then [it] could come alongside organizations and make them service-providers.” That vision lies at the heart of the Ryan reforms.

The centerpiece of Ryan’s proposals is a new pilot project called the “Opportunity Grant.” Right now, individual states receive funding for as many as 92 different federal programs. Pilot states could choose to receive the value of up to 11 of these as one payment. The point is to allow states greater room to innovate, to channel funding streams that in the past were strictly dedicated to one or another form of assistance (such as food stamps) toward new aid programs. (Ryan has been quick to preempt the historic suspicion of “block grants,” funds of which have frequently been redirected toward non-welfare projects. Participating states, he insists, will have to “spend that money on people in need—not roads, not bridges, no funny business.”)

Where do the community “change-agents” come in? One route would be through the stipulation that participating states have to use at least some of the consolidated cash to support nongovernmental organizations “with a proven track record.” The goal here is to provide the poorest with more providers to choose from.

To grieve over a gridlocked Congress or America’s profound polarization is to resort to cliché. Whether on the left or the right, few remain unaware of those features of the twenty-first-century political landscape. This makes what Ryan’s doing in the shade all the more interesting. He is also advocating, for example, a major new employment incentive almost identical to the one the president wants to introduce: a wage subsidy for a key group that has largely missed out on one in recent years—young adults without children. It’s a tragedy that people in the prime of their lives find themselves out of the job market. One solution: double the maximum tax credit for childless workers and drop the threshold from 25 to 21 years old.

Ron Haskins, senior fellow at the centrist Brookings Institution and one of America’s top welfare experts, believes these proposals hold out real hope of a bipartisan breakthrough. There are lots of things Democrats and Republicans can agree on, Haskins told me. Who wouldn’t value a proper commission looking at how you can really tell if safety-net programs are working? And when it comes to tackling poverty, Haskins emphasizes, “It’s not just Republicans who think states should have more flexibility.”

Ryan’s encounter with the inner city has changed his mind about something else, Woodson tells me: the criminal justice system. Again, Ryan was moved by a positive, not a negative. Meeting ex-prisoners “whose lives had been redeemed,” in Woodson’s words, made Ryan question the present harshness of sentencing in the United States and the resulting levels of incarceration.  Judges, in his view, need more discretion so they don’t have to impose mandatory draconian sentences.

To attempt bipartisanship is to find some common ground, enough common ground. It doesn’t mean winning over the whole of the opposition. Clearly, many on the left will never accept the enhanced conditionality Ryan favors, or any possible threat to entitlements such as food stamps (if they are folded into “opportunity grants”).

For Ryan, though, a greater threat than his opponents may be his friends. The bipartisan promise of the proposals may be the very thing that distances him from his own party. The response of John Boehner, Speaker of the House, couldn’t have been cooler. Conceding that poverty is an issue in America, Boehner added that “there’s probably a debate about what that help looks like.” Hardly encouraging words. Ryan’s alienation would end any hopes he may harbor of a run in 2016. But it would also mean Republicans miss a huge opportunity by again becoming too fragmented over a vital policy front to make a deal with the Democrats—or, if they capture the Senate this autumn, even to put proposals on the president’s desk.

Another major obstacle to Ryan’s plan is the direction religious liberty issues are going in America. At the heart of Ryan’s vision are grassroots civil society organizations that will be contracted by government to distribute welfare to the poorest. A significant proportion of those organizations will be faith-based. Yet only days before Ryan launched his report, President Obama signed an executive order sweeping aside the religious exemption for federal contractors that discriminate against employees on the basis of sexual orientation. What this portends, as happened with Catholic adoption agencies in Britain in 2004, is that the very organizations that are most needed as local “change-agents” in the fight against poverty could no longer receive money from the state.

But if Ryan does somehow manage to overcome these obstacles, if he can rally his Republicans around his ideas—and it wouldn’t be the first time—who knows what could happen? John le Carré dedicated his novel, The Constant Gardner, to an aid worker named Yvette Pierpaoli who “lived and died giving a damn.” Maybe one day the same will be said of Paul Ryan.