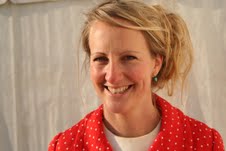 Six figure salaries for charity chief executives. Is it right? Is it simply the price you pay for the leaders needed to run the most transformative foreign aid organisations? Or should we expect top people in top charities to make a financial sacrifice? Should we expect salaries not to be in sync with the private sector?

According to most people I speak to, such sensational salaries – and the fact that since three years ago there are a significantly more people on those salaries –place a wall between those wanting to give money to a cause and them actually writing the cheques. The CEOs’ salaries cultivate a not unreasonable scepticism. And that scepticism in turn leads to the potential giver struggling to recognise the true need they had initially felt compelled to respond to.

Certainly, we need capable people running charities, especially those there to help millions of people in serious need. To run a multi-million pound international organisation potentially impacting the lives of hundreds of thousands of people is a huge pressure; a job requiring a well-balanced, qualified and hard-working person. Not least because, if we don’t get those people in those jobs, the alternative – poor management – could waste a massive amount of money, affecting the lives of some of the most marginalised people on the planet. Every pound given and lost due to bad administration could mean someone starves.

If our every pound can make such a huge difference then surely a CEO being paid a more modest salary could save many lives?

Scepticism thus breeds further scepticism. Where did my £20 go? Does it ever reach the refugee family in the Sudan desperately in need of it? Or was it just thrown at unnecessary administration?

A few years ago I spent a short time with women living in extreme poverty outside Johannesburg in South Africa. To my astonishment they told me they wished the West wouldn’t donate so much money (it was around the time of the Make Poverty History campaign). Why? It never gets through to those who really need it, they thought, remaining instead in the hands of young local men now working in the charitable sector – seen as the best job you can get. (Which raises a larger question of how best to give to see long-term relief and change.) The women’s attitude alarmed me. It provoked one question after another: where do the funds go to? Who is it paying? Who is it helping?

The salaries make a mockery of those claims that convict us all. That £3 will save a child’s life. That my small monthly direct debit can make a real difference. If that’s true, and the charity CEO on £140,000 a year knows it is true, then does he or she simply not care? It’s hard to resist the suspicion that a chunk of our donations given for that child are being taken away from that child. If our every pound can make such a huge difference then surely a CEO being paid a more modest salary could save many lives? So what is the real motivation of the CEOs running these charities? Or are they simply pedaling campaigns they don’t believe in?

Other questions follow hot on the heels of these. Is it necessary to pay those salaries? Would those executives not take a lower wage? If not, why not? Have they come from a banking background where such salaries are automatically expected? Or have they worked their way from the ground up, armed with an understanding of grassroots charities and how money best gets to those in need? If the latter is their background, which one would hope, it seems surprising that only a huge salary would draw them to such a prestigious job.

Deep down, I suppose my real fear is that the city salaries of charity CEOs will end up distancing the whole sector from the rest of us, just as the financial sector has done. They will lose our interest and our trust. We will settle for a scenario whereby there’s little room for the little guy, where there are only huge charities held up by people earning huge salaries, with the message emitted that only the rich can make a real difference. And that would skewer the very heart of charity in this country.

Wendy Rolt is an artist and runs a community-based charity in East London. Her life she spends with extraordinary women from broken backgrounds, in a very vibrant neighborhood, and with a lot of paint.