The Dangerous Pull of Political Tribalism 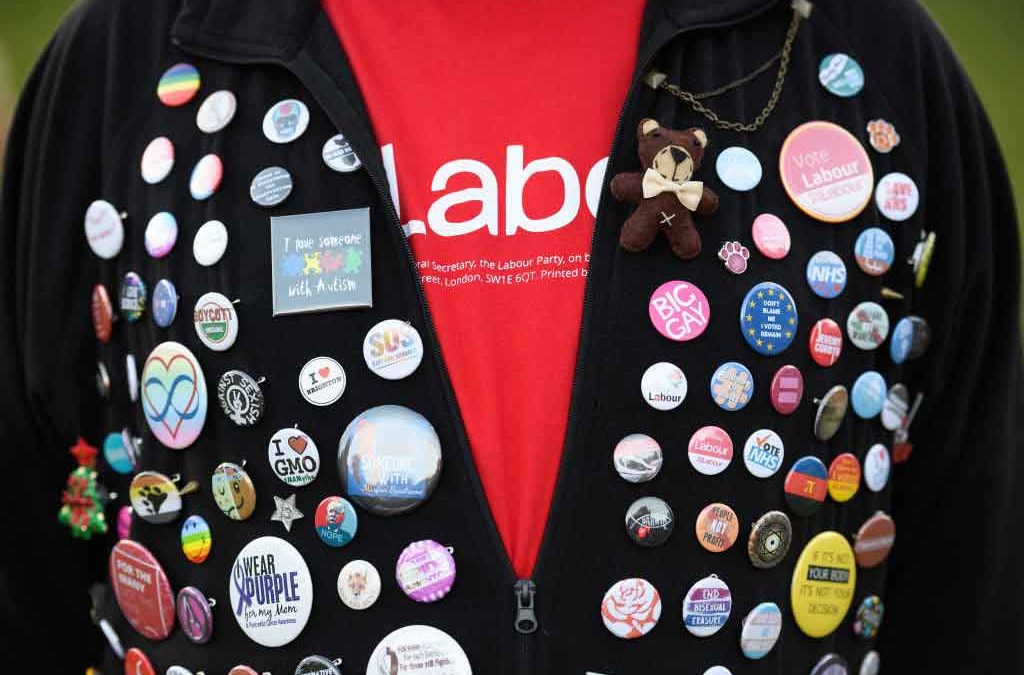 I long to belong. I want a place in the world, a way to appear in public, a context. I want a team. That’s why I feel the pull of political tribalism.

Yet at the same time, there’s still some part of me that hankers after integrity. That is, if I choose a particular value, I want to hold it across the board. I don’t want to affirm it in one place and deny it in another, recall it here and forget it there. That’s why I find myself also repelled by tribalism in politics.

For the bundling up of myriad moral issues into ideological “package deals” has meant that my coveted acceptance by one tribe has become conditional upon my automatically accepting all manner of other positions, positions I can’t reconcile with my deepest convictions, and even — when I really examine them — theirs.

For example, when I went off and tried to make friends with conservatives, I thought I would be an attractive, indeed ideal, candidate. When it comes to the family, I am prepared to bite the bullet and say that family structure is crucial and marriage does matter. I believe that while there are critical exceptions — cases of psychological and physical abuse, for example — when family breakdown is the norm, children fare worse than they do in home where parents struggle through.

Whether it is being subject to the merry-go-round of changing relationships, or being constantly on the move — not knowing how long their dresses and trousers will hang in the wardrobes, not knowing whether their suitcases will or will not gather dust under their new beds — I think the ideal of the married two-parent family is worth fighting for. That is a fairly standard, orthodox conservative position.

Yet when I divulged these convictions, to my surprise I found they weren’t sufficient. “Family Values” apparently stood for a wider bundle of beliefs, and there was other baggage I had to carry, other commitments I had to approve. If I believed that intact families to be a condition of flourishing, I had also to accept that family breakdown was a main cause of poverty.

Now on one level it is obvious that there is some truth to this. When family breakdown entails the loss of a second income, and a previous partner’s alimony payments are insufficient, parent and child will be worse off. The question, however, is what is causing that family breakdown in the first place?

The conservatives whose company I craved explained it as “cultural trickle-down”. According to that story, it was the lamentable behavioural change resulting in the nosedive of marriage among the elite, the rise of “expressive divorce” as the chance to “make oneself from the inside out, to refurbish and express the inner self” (in the words of sociologist Barbara Whitehead). Their assumption was that the persistence of such behaviour explains the concentration of family breakdown in the poorest communities today.

But try as I did to absorb it, that conclusion grated with me. What it overlooked, I felt, was the profound effect of scarcity on “intellectual bandwidth”. As sociologists Sendhil Mullainathan and Eldar Shafir posit in their book Scarcity: “When we function under scarcity, we represent, manage and deal with problems differently.” Not well, that is, since pressure does not focus the mind, as we might like to think. No, it affects people’s fundamental “orientations” — that is, their concern with the future as well as the present; it erodes their sense of agency — all crucial to sustaining a marriage.

The longer I cavorted with conservatives the more clearly I saw how the insistence on the “culture of poverty” thesis — the belief that family breakdown causes poverty, and not the other way round — sustains a larger package deal in which fidelity to the family is wrapped together with a commitment to unfettered capitalism fundamentally at variance with it. Bluntly, if it is not lack of financial resources that affects the stability of marriage, then fixing an economic system which punishes the working poor need not be a priority if you want to tackle family breakdown.

And so, finally finding myself unable to make a home on the Right, I assessed my options. Maybe I’d been knocking on the wrong door, courting the wrong team? I started thinking seriously about the alternative tribe: the liberal-Left. But no sooner had I started to take soundings, then I found myself facing exactly the same problem: yet another package deal.

What I thought might endear me to the Left was the two years I spent leading a review into the conditions of life for the poorest older people. What had confronted me at every juncture was the depth of marginalisation, the realisation that despite the phenomenal rise in life expectancy, Britain is for many no country for old men.

I visited care homes where residents told me, “the outside world never comes in here”. I met carers in circumstances so isolated that they and the parent they were caring for had become “each the other’s world entire”. I conducted a telephone poll revealing that 40% of those older people who were going to be home alone for Christmas had children living in the same country. And I found that marginalisation expressed itself most frequently in older people’s fear of being a burden — upon the state, upon society and upon the family.

Inspired by the Left’s historic value of inclusion of the elderly — most notably, the campaign by the Fabians and Liberal Party to provide pensions to older people left high and dry by industrialisation — I assumed that I would feel at home with their attempts to transform the lives of the elderly. Instead, however, I found that for many the next great reform was assisted suicide.

Again, this grated with me. For in a society where older people increasingly fear becoming burdensome, it struck me that putting the assisted suicide option on the table would prove disastrous. Having learnt so much from the Left about power, and the way coercion can operate subtly beneath the cover of consent, I found questionable the assurances of assisted suicide advocates that no one would ever be pressured to die. How are doctors really going to know that, at the deepest level, a terminally-ill older person has not been put under pressure?

Where, then, have I ended up? Have I found a home, an ideology to underwrite my existence? One towering temptation I’ve felt is to renounce the culture wars altogether and insist that ultimate ethical questions are kept out of political discourse. We should focus on building a common political life together, many contend, and for the sake of that we should set aside trying to resolve vexed moral quandaries.

The problem with this solution, however, is that there are actual lives at stake. Sexual consumerism, family breakdown and the mindlessness of marijuana are real threats to human flourishing. How we think of the beginning and end of life, about the entrances and exits of human beings in the world, has lasting consequences.

Instead, as I argue in my book Vexed: Ethics Beyond Political Tribes, an etch-a-sketch approach to ideology is called for. We need to start from first principles and decide, undetermined and undeterred by our historic political identifications, which positions on the weightiest moral questions align with the good.

We need to be prepared to concede that our historic ideological enemies, whichever tribe they come from, may have got it right when it comes to a particular controversy. This pick-n-mix approach is very different from carving out some amiable middle ground; it means taking substantive positions on specific issues, but from across the political spectrum. For difficult though this may be, failing to do so ensures a kind of moral stagnation we should all find unacceptable. The deals may give us mates, but they cannot deliver genuine progress.

There is something totalitarian about package deals, and having our thinking governed by the constellations of opinions which are but the product of historically contingent coalition-building. And because of this, I find inspiration in the Vaclav Havel  essay The Power of the Powerless and the Czech playwright’s exhortation that “the primary breeding ground for what might be understood as an opposition in the post-totalitarian system is living in the truth”. It is, he wrote, a drama “originally played out in the theatre of the spirit and the conscience of society”.

Deciding where we stand as individuals on moral questions, irrespective of political parties, may not be the terminus. But it is the place to begin.