The misery of men-only parties 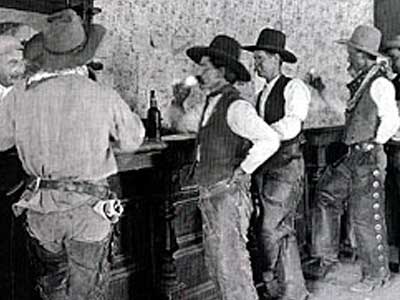 This article first appeared in the print edition of The Spectator magazine, dated 20 September 2014

Last year my wife Holly and I moved to Charlottesville, Virginia, a stunning colonial town nestled in the Shenandoah mountains. Charlottesville was just voted America’s happiest city by the US National Bureau of Economic Research. We happily wander the downtown promenade, or visit the viognier vineyards, but there are some customs we’ve found hard to fathom. Chief among these is what can only be called the ‘sausage fest’, parties to which only men are invited.

Arriving to take a job at the University of Virginia, I was thrown in among the nexus of relationships a big academic institution affords. Add to that the Americans’ unjustifiably high estimation of Brits (in contrast to our unjustifiably low estimation of them), and I was well set up to make friends.

Holly, though, had to wait a while for her work permit to come through. So when the wife of an academic colleague sent us an invitation to his 30th birthday party, I said: ‘Go on, give her call. She could become a friend. Tell her we’d love to come.’

‘Delighted James can come,’ was the reply. James? Eh?

This apparently is par for the course. Wives organise parties for their husbands but when the ‘big night’ arrives, very much leave them to it. I find this problematic both personally and in principle.

Personally, I don’t really enjoy a party sans femmes. Stag weekends, for example. I’ve always found them a necessary evil. Why do I like parties with women? Not because I’m still after them. No, because — and maybe saying so is in itself sexist — why construct a social situation only to extract from it all charm, all vivacity, all grace? Women have been a force for good in the world. I truly believe that. Or as Inspector Morse once put it, ‘I have always believed femininity to be the guarantor of civilisation.’

But there’s a principle at stake too. When it comes to the bother about the burka, I hold the unremarkable position of being enough of a liberal to think the veil oppressive, but enough of a pluralist to concede women should be allowed to wear it. Deep down, though, I feel that if male lust poses a threat to society, it’s incumbent on men, not women, to deal with it. Why must how women dress be determined by how men are?

Where I am in the States, though, the prevailing position seems to be even more radical. It is as if male lust requires not just that our womenfolk remain covered. It requires that they not be there at all.

Another ‘sausage fest’ I attend, again organised by the man’s missus, is held in his house. When we arrive there’s no sign of women and children. The eight of us take our seats, whereupon a single 20-ounce steak is placed on each of our plates. No potatoes. No accoutrements. Just meat and, in the middle of the table, a helluva lot of bourbon.

My wife likes to introduce me as a ‘one-pint wonder’. It should be said, I have the suggestion of a paunch and am at best ‘ugly handsome’, while Holly is slender and beautiful. Nevertheless, she can drink me under the table. Recall the opening scene of that sweeping epic Raiders of the Lost Ark. Remember the thin dark-haired heroine who has challenged a burly climber to a drink-off? She slams a shot. He matches her. Then he slowly keels over into the snow. Our first date was rather like that.

So as Woodford Reserve swills in my mouth, and the mantelpiece swims through my glasses, it strikes me that it really should be Holly representing us at this sausage fest. They’ve invited the wrong representative of Team Mumford.

Instead as the night wears on, my conversation becomes more convoluted and my analogies weaken. At 2 a.m. we eventually pile out into minus 12°C. I stumble home, ‘the crunch of frost beneath the foot’. I traipse up the drive shouting ‘HOLLLEEEE’ like Brando in Streetcar.

You might say I’m being overly judgmental about a culture I have freely embraced, indeed which has freely embraced me. I have been treated to the Americans’ outstanding hospitality, yet here I am criticising their mores. Perhaps sausage fests may be justified on the grounds that they provide important opportunity for the sexes to regroup. But sadly, over the course of a year, I’ve been to about nine sausage fests, whereas my wife hasn’t been to any birthday parties for the women. Maybe they don’t age in the same way.