What we must learn from the tragic case of Charlie Gard 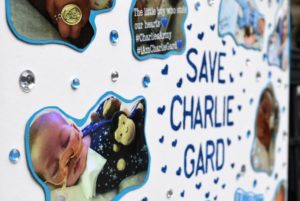 I teach bioethics, and the abiding temptation is always to design classes around rare, fiendishly complex cases. That’s how you grab the attention of bored undergraduates; the fodder you throw to budding lawyers. You jump from Tony Bland to Terry Schiavo to Karen Ann Quinlan. You ask your students to put themselves in the shoes of the respective decision-makers. What would you have done? What factors would you have considered? How would you have applied the relevant principles?

It seems hasty, callous even, to reflect upon the shadow that will be cast by the Charlie Gard case. But the scale of the public outcry, the pitch of the debate, means we must think now about the future. What might the fall-out be? What consequences can we envisage? What ramifications are possible? And what must we prevent from happening?

First, who will trust their doctors again? When paediatricians at Great Ormond Street Hospital (GOSH) next inform parents that nothing more can be done, who will believe them? Communications broke down between GOSH and Charlie’s parents; can it be restored for the rest of us? Patients will inevitably be more suspicious: what are the medics not telling me? Who is making the decision about rationing of certain treatments, and why? Why is NICE (National Institute for Health and Care Excellence) not approving a particular treatment I’m holding out hope for? Why not wait for more positive doctors to come out of the woodwork from America?

Distrust of doctors could be compounded by distrust of judges. I live between the U.S. and the U.K, and the aspect of the Charlie Gard case that most shocked people in America was the spectre of the state infringing upon decisions that belong properly to the family. Why shouldn’t Chris Gard and Connie Yates have been given the chance to chase a miracle? Given the devastating prognosis, why should parents not be free to fail? Why should it not be for them to decide the best interests of the child?

If there is a spectrum between parental rights on one side and state intervention on the other, what will happen when there is a more serious case concerning competent parents where the courts do have to weigh in on the best interests? We have to beware of the massive counter-reactions that occur in policy because extreme cases can make for bad policy.

An even greater risk is that we exacerbate a culture of ‘vitalism’ – a commitment to maintaining life at all costs, to strain officiously to keep alive, as the Victorian Arthur Clough put it. In his bestselling book, Being Mortal, American surgeon Atul Gawande throws into relief how extraordinary scientific advances in the twentieth century have shaped our expectations about medicine. At the same time as those advances have made for extended life expectancy, and improved the quality of life of so many older people, they have increasingly stopped us from reckoning with the reality of what it means to be human.

Gawande tells the story of one of his first patients. Mr Lazaroff suffered from metastatic prostate cancer. He lost more than fifty pounds, and his abdomen, scrotum and legs then filled with fluid. The disease spread to his thoracic spine, compressing his spinal cord. Gawande was dispatched to discuss the decision Mr. Lazaroff faced: either undertaking an operation to remove the tumour mass from his spine, one that could worsen and shorten his life, or forego further treatment and use the months he had left with his family. There was no question what he wanted. ‘Don’t you give up on me,’ he said. ‘You give me every chance I got.’ So the surgery went ahead. But though it was a technical success, and his spine was successfully rebuilt, Mr Lazaroff never recovered from the operation. He died fourteen days later. Gawande writes, mournfully:

‘We could never bring ourselves to discuss the larger truth about his condition or the ultimate limits of our capabilities, let alone what might matter most to him as he neared the end of his life. If he was pursuing a delusion, so were we.’

It is this delusion to which the Charlie Gard case has made us all more prone. And not just at the beginning of life, in relation to terminally-ill infants, but at the end of life. The tendency to prolong existence often robs ourselves of life.

The final threat is that, in the wake of this extraordinary case, bioethics – reflection on critical moral questions concerning the beginning and end of life – is narrowed to quandary ethics. That sounds obscure. It is actually crucial.

Introduced to the lexicon by Edmund Pincoffs, who defined quandary ethics as consisting ‘in analysis of the terms, claims and arguments that come into play in moral disputation, deliberation and justification in problematic contexts.’ In other words, bioethics is solely about reasoning through hard, extreme cases. But what could be wrong with that?

Concentrating on the quandaries means you miss the big picture. You remain oblivious to the profound cultural change. You fail to identify the tectonic shifts. Uncountable columns and unprecedented protests have focused on the plight of this poor boy. But when we exhaust our time and energy on the most difficult dilemmas we are in danger of overlooking profound questions: Why is our social unease with dying so pronounced? What does that say about the resources of a secular society? How do we live in the midst of suffering? What is the consequences of a revolution towards rights-based approaches to life’s beginnings and ends? How will that affect the larger community? How will it affect the poor? What messages are subtly emitted by the fact we’re even having some debates? If bioethics is reduced to quandary ethics, then standing back and looking up from cases – like the awful one of Noel Conway, the assisted suicide campaigner suffering from that cruellest of conditions, motor neurone disease – will appear nothing but heartless.

Nothing, though, is inevitable. We need, first of all, different stories; stories of hope. Journalists need to risk reporting about success, the thousands of children whose lives are changed by Great Ormond Street Hospital every year. We need stories of brave defeat; of patients and families who resisted our vitalist culture. And we need to be bold enough to call out obsession with fiendish cases. Whether in the classroom or around the watercooler, in the pub or on the pundit’s garish sofa, we must provoke each other to address the deepest questions and not just the thorniest dilemmas, in order that our practices will make for more flourishing lives.