10: Phoenix, Bankrupt!
The revival of the 1980s is the clear theme of my top-ten. The success of Phoenix is a fascinating story, they being in some ways the band that should-never-have-been. Not only are they French, they are also in their thirties. For many years they were an obscure act before their 2006 album It’s Never Been Like That went stratospheric. Bankrupt! is unadulterated high-octane synth-heavy pop. ‘Entertainment’ is awesome, particularly when it drops to half-time. As for ‘Trying To Be Cool’, well, it succeeds.
Song-to-Savour: Trying To Be Cool 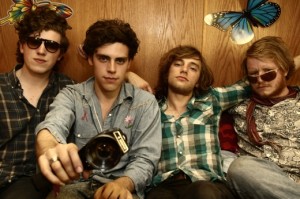 9: Noah & The Whale, Heart of Nowhere In 2013 this pioneering west-London band did something new by doing something old: they released a record in which they didn’t completely reinvent themselves. Instead, Heart of Nowhere solidifies the pumping, guitar-driven Tom Petty-esque sound forged in their previous album of 2011, Last Night on the Earth. Listening to Charlie Fink – whose thin, distinctive voice sounds better than ever – is like having the Sphinx on speakerphone: at one point he tells us to try and treat our parents well.
Song-to-savour: Now Is Exactly The Time 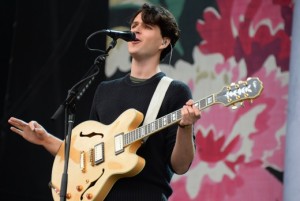 8: Vampire Weekend, Modern Vampires of the City Talk about having created an unmistakable sound. Vampire Weekend are identifiable by only the snippest of snippets, due mainly to the pairing of Ezra Koenig’s vocals, as pitch perfect live as on record, and Rostam Batmanglij’s dazzling organ and keyboard arrangements. And there’s a fantastic range to this third studio album, all the way from the frenetic high-tempo ‘Diane Young’ to the dreamy, unhurried ‘Hannah Hunt’.
Song-to-savour: Unbelievers
7: The Civil Wars, (Self-titled) ‘Internal discord and irreconcilable differences of ambition’ was the reason cited in the press release. Just when they were in the ascendant, in the middle of a massive sell-out UK tour in 2012, the dynamic duo Joy Williams and John Paul White who constituted The Civil Wars split up. Extraordinary, then, that out of this enmity an album emerged at all. The result is the rawest and richest of records. But with the couple not having spoken since the recording, it’s difficult not to wonder whether lyrics like, ‘Oh I wish I’d never seen your face’, might be a touch testimonial.
Song-to-savour: Dust To Dust 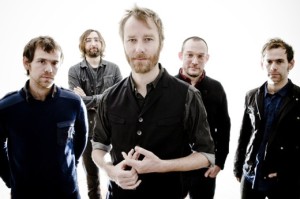 6: The National, Trouble Will Find Me Without doubt for me the most addictive album of the year. The National will never be a massive band because Matt Berninger doesn’t sing up the octave on his choruses. But that’s what makes the band so good. Wistful, mellow, melancholic, many of the melodies – ‘Fireproof’, ‘Slipped’ – sound like they’ve been around forever. Lyrically, their scansion is second-to-none. It’s quite amazing how Berninger manages to cram in the chorus of ‘Don’t Swallow The Cap’ – ‘When they ask what do I see, I see a bright white beautiful heaven hanging over me’.
Song-to-savour: Don’t Swallow The Cap
5: Laura Marling, Once I Was An Eagle This is Laura Marling’s greatest album yet. Inclusion of songs like ‘Once’ have invariably elicited comparisons with Joni Mitchell. But the Indian sitar-style acoustic guitar rhythms of ‘I was An Eagle’ and ‘Master Hunter’ have overtones more of Led Zeppelin. And the writing? ‘Once is enough to make you think twice’ smacks of Dylan.
Song-to-Savour: Master Hunter 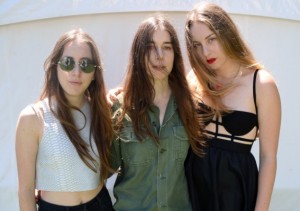 4: Haim, Days Are Gone This debut album from three sisters from San Fernando valley was eagerly awaited. Would Este, Danielle and Alana Haim be able to do justice to the energy, groove and sheer sassiness of their live performances? Days Are Gone suggested an ‘enormous yes’.
Song-to-Savour: Honey & I
3: Johnny Flynn, Country Mile Last month I interviewed prodigiously talented actor-cum-singer-songwriter Johnny Flynn for the Spectator. This album, Flynn’s third, is mesmerising. It’s also eclectic, from the uplifting organ-heavy gospel of ‘The Lady Is Risen’ to the lullaby of ‘Einstein’s Idea’, and the pure samba of ‘Foi-de-Rol’.
Song-to-Savour: The Lady Is Risen
2: Phosphorescent, Muchacho Singer-songwriter Matthew Houck, or ‘Phosphorescent’, has been my discovery of the year. The fantastically rich production of Muchacho makes it a wonderfully welcoming record. Emotionally, the surface of the songs, as T.S. Eliot wrote of Tennyson’s poems, are ‘intimate with [their] depths’. Explicitly evoking Johnny Cash in the opening of ‘Song for Zula’ (‘Some say love is a burning thing’), and with a voice as intimate and vulnerable as Willie Nelson’s, with this album Alabama-Born Houck refashions country music for a wider audience.
Song-to-Savour: Song for Zula 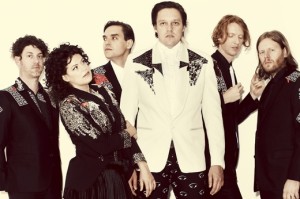 1: Arcade Fire, Reflektor This recommendation might read rather ridiculously since I’m more biased than you would believe. For me, the eight-man strong Montreal band can’t put a foot wrong. Reflector really picks up where The Suburbs (The Grammy’s 2011 Album of the Year) left off. DISCO IS BACK!, complete with Germanic sequence parts, compressed drums and compulsive bass-lines. But the songs also surprise, like in ‘Here Comes The Night Time’ when all the power gives way to simple riff played on a toy-piano. Finally, what’s new about Arcade Fire’s fourth album is the sax. In the title track it comes in with the chorus. In ‘Flashbulb Eyes’ it arrives at the end – in the album’s single greatest moment – to create an unbelievably ebullient, truly transcendent climax.
Song-to-Savour: Flashbulb Eyes